The goal of the current biomedical research is to reveal genetic determinants of common diseases, including cardiovascular and metabolic disorders which often occur together and are diagnosed as the metabolic syndrome, a complex trait arising from of intertwined network of genomic and environmental components.
The overall aim of our project is the systematic deconstruction of eco-genomic architecture of the metabolic syndrome. We are pursuing this goal using genetically designed rat models with modulated gene expression (single genes or metabolic/signaling pathways). We are particularly focusing on four major aspects of metabolic syndrome eco-genomic “landscape”.

Towards integrative eco-genomics of metabolic syndrome. By integration of the results from the above project and the available date we aim to proceed beyond the identification of individual risk and protective variants using the tools of system biology (analysis and modeling of genetic and signaling networks). This effort should lead us towards identification of functional genomic signatures connected with manifestation of specific forms of metabolic syndrome. 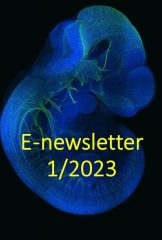