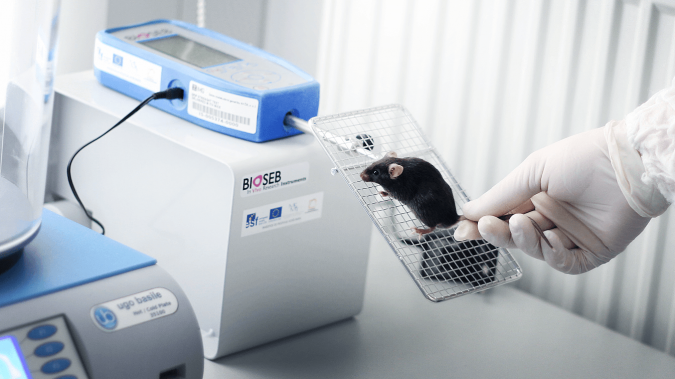 Open Field test evaluates animal overall motility triggered by exploratory drive in a new environment. It is also used as an initial screen for general anxiety elicited in a well-lit, open unprotected space. This fully automated test is based on video tracking system.

Elevated Plus Maze, Light/Dark Box are other tests used to evaluate animal general anxiety which are based on approach-avoid conflict. In both tests, animals are motivated to explore a new environment in search for potential food, shelter, or mating opportunities, at the same time avoiding well-lit unprotected areas (open arms, light compartment), in favour of safer ones (closed arms or dark compartment). Both tests are fully automated and based on video tracking system.

Forced Swim Test (FST) and Tail Suspension Test (TST) both measure animal despair in un-escapable situation and are the most widely used tools in animal models of depression. Although TST and FST share a common theoretical basis, there are many differences between them. Therefore they could complement each other providing reliable unsophisticated screen of depressive-like phenotype.

Cued and Contextual Conditioning are based on classical Pavlovian fear conditioning, an associative learning test routinely used to study biological basis of fear, learning, and memory. Contextual, but not cued, fear conditioning is regarded as hippocampus-dependent. Although this statement is true in most of experimental designs, animals can compensate for hippocampal damage. To overcome this limitation, we also employed Context Discrimination test where intact hippocampus is critical.

Barnes Maze test uses natural tendency of animal to avoid well-lit, open, unprotected spaces and it is applied for testing spatial learn­ing and memory. Extra-maze cues surround the maze to orient the rodent as it navigates within the maze looking for a dark and enclosed escape box. The modified Barnes maze we use in our facility differs from the classic one in a few aspects. Due to a random pattern of holes, a mouse cannot benefit from serial/random search strategies used when holes are only at the periphery of the maze. To reach the target quickly, the animal needs to cover a shorter distance, which is not always the case in the classic version. The correlation between distance and latency to reach the target is thus much higher. The maze can be either used with an aversive motivating component or an appetitive reward. Test is fully automated and based on video tracking.

Novel Object Recognition (NOR) is based on natural preference for novelty in rodents. It evaluates animal’s exploration of a novel object as a measure of working memory and attention. NOR is particularly attractive because it requires no additional appetitive or aversive reinforcement and minimum habituation and training. NOR task can be used to study short-term memory, intermediate-term memory, and long-term memory via manipulation of the retention interval.

Animal sense of balance and motor coordination can be evaluated in Beam Walk test and Rotarod, which also allows assessing motor learning abilities.

Acoustic Startle Reflex (SR) is an automated analysis of startle reflex in response to acoustic stimuli. The test assesses sensorimotor processing by measuring both afferent sensory information transmission and efferent motor response. The test can also serve as a primary screen for hearing impairment. The lack of sufficient sensory gating mechanism is thought to lead to an overflow of the sensory stimulation and disintegration of the cognitive functions. SR paradigm is therefore largely used to assess the effects of putative anti-psychotics and to explore possible genetic and neurobiological mechanisms of psychosis-related behaviour.

PPI is attenuation of startle response magnitude by pre-exposure to non-startling stimulus. PPI provides operational measurement of sensorimotor gating reflecting the ability of an animal to successfully integrate relevant and inhibit irrelevant sensory information. Impaired PPI is observed in schizophrenia as well as in other neuropsychiatric disorders.

Hot/Cold Plate is automated measurement of the latency for paw licking or the first observed response, e.g. jump, in response to heat or noxious cold stimulus. The response in the hot/cold-plate test is supraspinal. The modified hot/cold-plate test with dynamic plates (temperature is slowly increased/decreased from non-noxious to noxious levels) allows to measure thermal allodynia.

Tail Flick is automated measurement of time for tail flick reflex following the exposure to a heat stimulus (IR heat beam). It is an easy and quick test to assess rodent nociception. The Tail Flick reflex belongs predominantly to the spinal reflexes.

Plethysmometer measures inflammatory oedema in the animal paw. It is applied to research on rheumatoid arthritis or the central development of oedema.

IntelliCage is state-of-the-art equipment that allows studying animal’s cognitive processes (aversive/appetitive conditioning, memory, taste aversion and many others) and activity in social group home cage housed animals. During an experiment (days) animals are not disrupted by human presence with sole exception of bedding change when necessary. The equipment allows automated cognitive and behavioural screening of animals living in social groups with minimum experimenter contact.

Modifications to our standard protocol are possible for researchers interested in assessing memory extinction etc.

Modifications to our standard protocol are possible for researchers interested in assessing memory extinction, relearning, etc.

Modifications of our standard protocols are available to introduce more challenging conditions.

Startle Reflex can be a subject to study habituation, sensitization or fear potentiation. 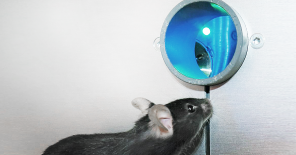 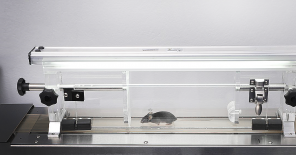 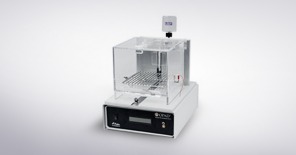 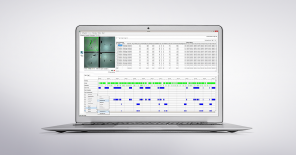 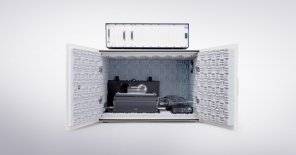 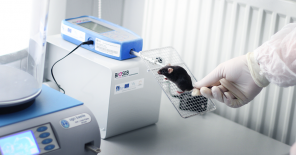 Feel free to ask us any questions.